The photo prompt for this microfiction piece was a twisted road. This is what I came up with. It's only 100 words. I hope y'all like it.

“What are you yammering about, John?”

John laughed. “Nothing, ole chap,” he replied. “Just some ditty from my childhood.” He didn’t mention the fact that Brad was trying his best to stand up straighter.

They weaved down the road a while longer, Brad stumbling here and there. He offered the bottle to John but John figured one of them should be stable enough to get them home so he refused.

Brad fell twice as they started up the hill and John sang, “…walked a crooked mile.”

The prompt photo for this story was a beautiful woman above a castle with birds. I'll give extra points to anyone who gets what/who I'm referencing or referring to with my story. I'm not sure anyone will get it lol

One last tear rolled down her dewy soft cheek. She quickly brushed it away and headed toward the window. She stopped when she caught sight of her passing reflection in the mirror. Men had always found her beauty fascinating. They had been known to trip over their own two feet while gawking at her. She grimaced as she remembered the first fight that broke out over who could escort her across the cobblestones. And then there was poor Annas. His was the first blood shed in her name.

She shook her head to erase the memory. Outside, the crows startled, alerting her to his arrival. She smiled as she watched a ladder silently placed against the palace wall.

He pulled her close through the window. “Are you ready, my dear?” Her heart lifted as she settled against him. “Yes, Love,” she replied, happy that she would no longer be the cause of jealousy and anger among men.  Because, finally, she had found a man who loved her for more than her beauty.

Riding into the night, Helen never looked back.
Posted by Angel at 2:42 PM No comments:

I haven't written anything in so long, y'all. It says my last blog post was 2015! I saw a contest on a group in Facebook and thought, why not. I'm a little rusty, but I hope y'all like the story. We had to keep it under 200 words. The photo prompt was of a little mouse in a guy's shirt pocket. This is what I came up with:

Jed pushed his little friend back in his pocket, firmly but gently. “No, stay in there, Mickey.”

“But I wanna see what’s going on, Jed!” Mickey squeaked.

Jed looked around the room. “There’s nothing going on, Mickey.” He hung his head and whispered, “There hasn’t been anything going on for months.”

Mickey grew quiet as he watched a tear slide down Jed’s cheek. He knew the solitude had been getting to Jed. He’d heard him cry at night and watched him pace the floor during the day. And always, he had that radio on, listening, hoping. Waiting.

That night was no different. After sharing a meal of pork and beans with Mickey, Jed turned on the radio. He was still fiddling with the buttons when a noise outside caught his attention. Jed almost stepped on Mickey in his hurry to get to the door.

He couldn’t believe is eyes. His neighbors were laughing and hugging each other. Over the noise, after the radio static broke, Jed heard, “You stayed inside alone so that now you may come outside together. Breathe deeply, my friends. It is safe.” 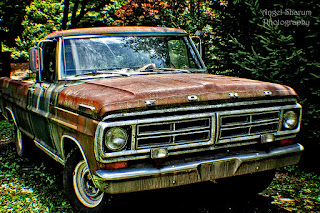 Ellis drove at a sedate twenty-five miles an hour down Rt. 45. Beside him, Arnold watched as cars passed them like they were standing still, which, essentially, they were. When an eighty-year-old grandma honked and whizzed past, Arnold had to say something.

“Do you know where the gas pedal is?” he asked. “Even this pathetic piece of Ford junk can go faster than this.”

Arnold withstood another thirty minutes of slow torture before he broke down. “We need to get this over with, Ellis. Speed up!”

“In just a minute,” Ellis said and checked his watch.

“What are you waiting for?” Arnold asked. “Christmas?”

“What!” Arnold shouted and turned all the way around in the seat. “He was supposed to be dead two hours ago!”

“You didn’t hit him quite hard enough,” Ellis said. “He was still breathing when I rolled him up and put him in the back.”

“Why didn’t you hit him again then?”

“I can’t believe you! I should hit you over the head too. Nobody would blame me. It’d be a righteous kill,” Arnold stated.
“No need to be that way,” Ellis said.

“Stop the car and let’s get this over with!” Arnold snapped.

“No need,” Ellis replied. “He’s dead by now. We’ve been driving for two hours and it’s a hundred and twenty in the shade. Why do you think I’ve been driving so slow?”
Posted by Angel at 2:09 PM 2 comments: 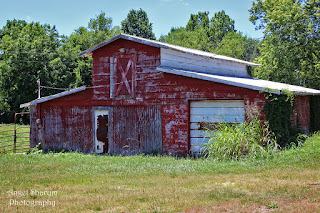 The noxious odor was getting more unbearable by the minute. Travis hoped Kyle got back with help soon. Judging by his labored breathing he wouldn’t last much longer. He couldn’t believe how stupid he had been. If he lived through the ordeal, he would never listen to Kyle again. Just sneak in and steal a couple bales, Kyle had said. No one will notice. But notice they did, and in a big way.

Travis had just picked up the first fat bale when the barn doors flew open and a guy the size of a truck ran straight at him. If he hadn’t held the bale in front of himself, Travis believed the guy would have killed him when he knocked him to the ground. As it was, his chest felt like it was caved in and he was sure a couple ribs were broken.

If the human truck had had his way Travis would already be dead. He had already doused Travis in gasoline by the time his friend arrived. Thankfully, his friend had other plans for Travis. Not that Travis was sure that was any better. He could just imagine what these guys did to people who stole from them. Actually, he was tired of imagining what they would do to him. He had already scared himself half to death thinking about it.

He would rather spend his time trying to hold his breath to avoid the fumes and thinking about Kyle rescuing him. At least he hoped Kyle was coming back. After the two guys had left, Kyle whispered through the door that he was going for help. Travis had no idea where he was going. They were miles from the nearest town. Pot farmers didn’t plant their crops in the city limits. Maybe Kyle was going to try and get to cell range and call the cops. He hoped Kyle found someone, whoever it was, and made it back before morning. That’s when the guy in charge had said he’d be back.

He had almost given up hope when he heard a loud crash. He turned as much as his bindings would allow and saw the whole barn door fly off its hinges. The next thing he knew, Kyle was running in and grabbing him up. Kyle half carried, half dragged Travis out of the barn.

“You could help you know!” Kyle shouted as he haphazardly heaved Travis head first into the truck.

By the time Kyle got around the truck and in the driver’s seat, Travis had rolled off the seat and was lying face down on the floor. “What the hell?” Kyle mumbled as he lifted Travis back onto the seat.

“It would help if you’d untie me. I might be able to keep my balance if I wasn’t hog tied,” Travis said.

“No time,” Kyle said and floored the truck.

“Aren’t the cops arresting those guys?” Travis asked. “Why the hurry?”

Travis was fixing to reply when he noticed flames raging on both sides of the truck. “What the hell?”

“I burned it, Man!” Kyle yelled. “I couldn’t find anyone back at the main road so I improvised. I figured they wouldn’t be too worried about you if their merchandise was burning to the ground.”
Posted by Angel at 9:10 PM 4 comments:

All works on this website
are copyrighted by Angel
Sharum and may not be
copied or reproduced in
any manner without written
permission. You can
however link to any of the
post.

I will be using this blog to
share stories, poems, and
other works.

I hope to receive comments
and feedback. Without these
two things no writer can
improve.